It is with great regret that we report the passing away of our headmaster,  Mr Halubobya, who served with MEC for over ten years.  The following is a eulogy delivered by Fr Andrew Mukuyamba. 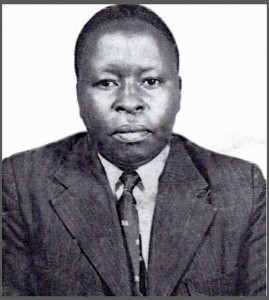 The Late Mr George Maxwell Halubobya joined Makeni Ecumenical Centre on 4th January 2000. He was appointed to head the school as headmaster and during the first few months he worked as headmaster and as class teacher for the Grade 7 class.

It is during his time at MEC as headmaster that the school improved in its passing rates and has grown from being a primary school to include the secondary school. The first Grade 12 class sat for the Examinations last year 2011. The results were very good. Only one pupil did not pass well. We are very grateful for the work he did in this area.

When the board of governors of Makeni Ecumenical Centre was reconstituted, the late Mr. Halubobya was appointed on the board and served for more than 7 years until his death. He was also a board member at the Zambia Council for Social Development for almost the same period. He also at one time the Chairman of the Private Schools Association of Zambia.

The late Mr Halubobya was very hard working and was committed to his work. He carried his assignments well and he made sure that the school was up to date with all registrations and legal issues. He was a humble man who never had differences with people. Many people who have heard of his passing on describe him as “that humble man”.

For me, I learnt a lot from his humility. There are very few people today who would give respect to workmates of young age. But he respected those who are in authority as well as his subordinates. I urge our younger generation to emulate such people as the late Mr. Halubobya for things to go well for them.

Mr. Halubobya is gone but we will always remember him and his work at Makeni Ecumenical Centre.

May his soul rest in eternal peace.

I spent most of my youth in Makeni, growing up at the centre as it emerged from the bush, one building at a time. I now work in the UK as a lecturer in computer science.
View all posts by Makeni Webmaster →
This entry was posted in Primary School, Secondary School, Staff and tagged staff. Bookmark the permalink.