Posted on February 5, 2012 by Makeni Webmaster

A major project has just been completed at MEC to upgrade the computer school and computing equipment.   The “IT Services Improvement Project” was initiated by Friends of Makeni in Holland, and in particular by Paul Jongeling and Vera Ootes.  The project began more than one year ago, at the end of 2010, when Paul solicited a donation of hardware from his employers, Total en Community Purmerend, Netherlands. You can  read more about the Makeni IT project and see some more photos in the attached pdf. 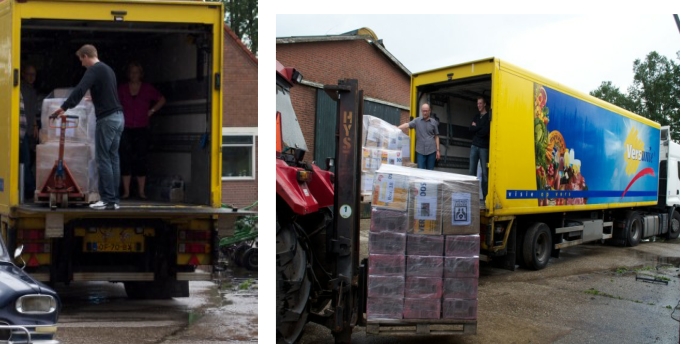 A server has been set up to distribute software upgrades via a local area network and many useful software bundles have been made available based on the centre’s needs, particularly relating to primary, secondary and tertiary level educational software. In addition all the computers will run a suite of useful utilities such as OpenOffice, Audacity and Picasa. Many eBooks are available, mainly covering topics taught at MEC and of general vocational interest, such as in accounting, engineering, finance, IT and management.

In January 2011 the new equipment was finally installed at Makeni Centre. Many briefings and training sessions have been held for staff members, including the school’s teachers, with the help of Mr Joseph Mumba (our Computing Lecturer) and other staff.

Camara courses are being presented, and we also hope to become fully accredited to deliver the ICDL, the International Computer Driving Licence, whose syllabus we also already use.

We give our sincere thanks to Paul Jongeling, Vera Ootes, Jan and Truus Veldkamp, Total E&C and all the volunteers who have helped throughout the many stages of this impressive project! The Computer School has been renamed the Paul Jongeling Hall to commemorate this occasion and the many many hours of hard work put in by Mr Jongeling. 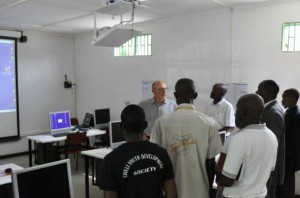 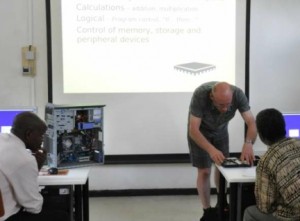 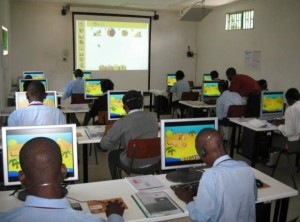 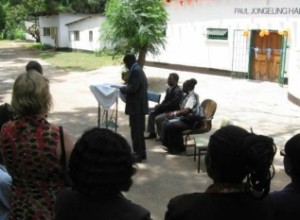 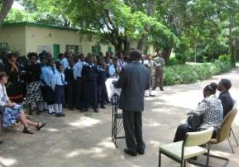 I spent most of my youth in Makeni, growing up at the centre as it emerged from the bush, one building at a time. I now work in the UK as a lecturer in computer science.
View all posts by Makeni Webmaster →
This entry was posted in Adult education, Computing, Supporters, Volunteers and tagged computers, friends of makeni, supporters. Bookmark the permalink.